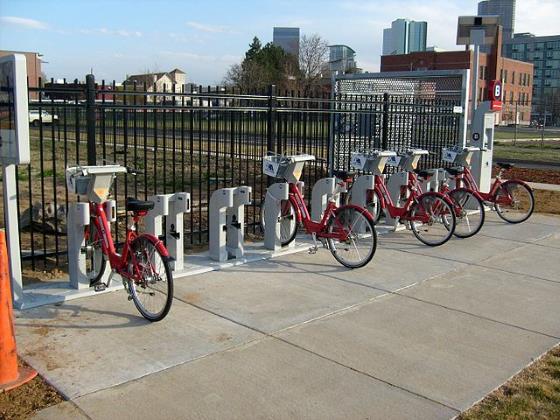 During last week’s city council meeting, discussions about a possible bike share system in Raleigh took place. A presentation by Eric Lamb, the Transportation Planning Manager, took the council through a brief recap of what has been done so far, for the benefit of the newer council members, and where we stand today. The presentation and council discussion can be seen in the video below.

If the embedded video does not load for you, see it here.

No decision was made and the converation will continue at a March 15 work session.

The scenario we’re in includes an April 1, 2016 deadline to accept a federal grant. The council just needs to endorse accepting it as the grant is approved and ready to go. The grant would cover $1.6 million of the $2 million total cost to launch the proposed bike share system.

Covering the rest of the cost as well as annual maintenance could be covered by interested sponsors but that isn’t set in stone. This is where the council, with the exception of a minority of members, have expressed concern.

Councilors Thompson, Crowder, and Cox seem to be most concerned about operating costs and that accepting this grant puts the city on the hook for propping up the bike share system.

Crowder states “I don’t want the city to be in the bike business.” She used Seattle as an example where the local bike share system is asking for the City of Seattle to bail them out.

Councilor Gaylord stated that there was local interest to help sponsor the system. He’s worked to get this lined up and the totals from the private sector could be around $250,000 annually. The only companies that have publicly come out to support the bike share system were Citrix and Rex Healthcare.

The proposed system does not have station locations set yet but would include 30 stations between the neighborhoods around Downtown, NC State, and the NC Museum of Art. The recommended plan was done in 2014, before the Dix Park deal so reevaluating a few stations may take place.

For me, I’m torn with my support with bike share.

On one hand, I want Raleigh to roll out this 30 station system, no less. With 80% of the launch cost covered by a federal grant and a good portion of the operating cost covered by private companies, I feel it is worth investing in and seeing if it sticks.

There’s so much talk of transit going on right now and I disagree with Councilor Crowder’s statement. The city IS in the bike business only it’s called something different.

The city is in the mobility business. The city does have an interest in allowing people to move around our city in the healthiest, safest, easiest way possible. A bike share system today could expand in the future creating more trips that support sustainable neighborhoods and communities.

Then, the other side of me kicks in.

A part of me wants to see transit, the network, and downtown become a little more mature before we try this bike share.

In the end though, perhaps juggling even more projects at the same time is how a bigger city operates. The city did in fact pay a consultant that told us a bike share system in Raleigh is feasible. Plus, it is a recommended action item in the 2030 Comprehensive Plan.

I’d like to see us take that risk. If it doesn’t work, lesson learned and move on.