Delivered as part of an all-encompassing app, the team has put together something that acts as the center of all North Hills information including events, shops, movies, and parking. North Hills saw value in what our team put together and has now delivered it for public consumption.

The team consists of Jim Belt, King White, Eric Majewicz, and myself, all members of the Raleigh Downtown Living Advocates. For over a year now, the team has been talking about a high-tech solution in order to address growing concerns about parking in downtown. We quickly found out, through the North Hills experience, that our solution had an application elsewhere.

It is our hope to use the experience to bring the same high-tech solution to downtown Raleigh in the near future.

The North Hills app is available for download in the Google Play Store and Apple Store.

Read more about it on the official page on the DLA site. 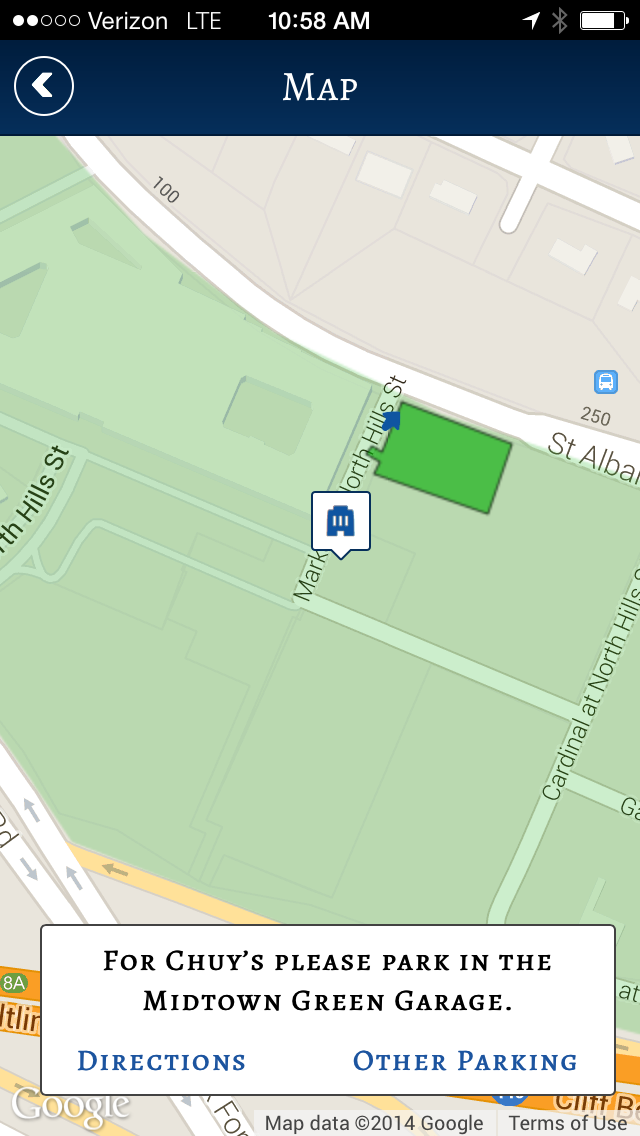 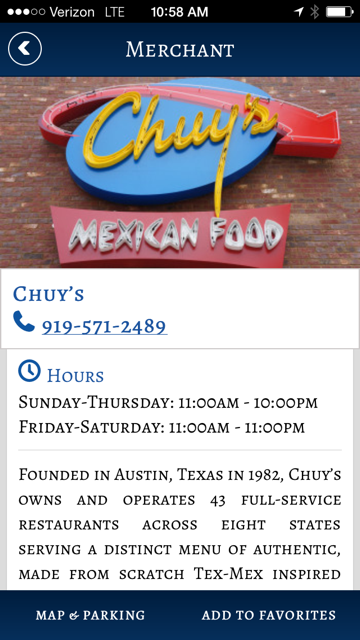 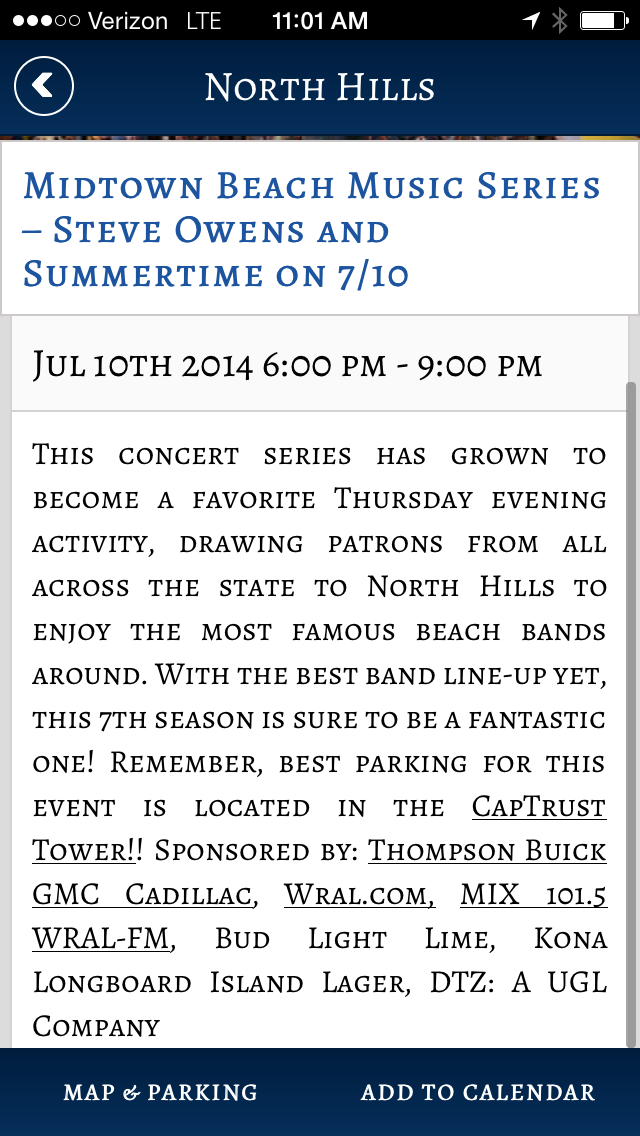