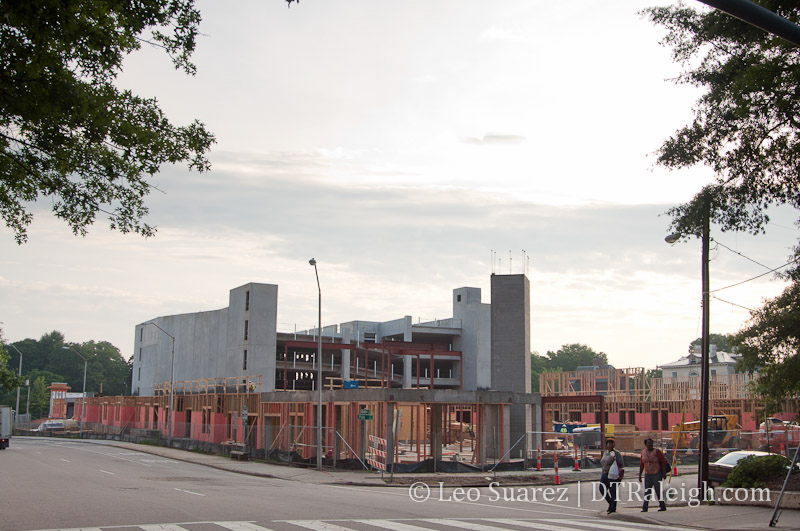 This is part 7 of a 10 post series, rolled out all week, on residential projects in downtown Raleigh. Go here to see all the posts so far.

Another long running project, Blount Street Commons seems to deliver here and there. To the best of my knowledge, this nameless apartment project, owned by Elan Raleigh Property LLC, has been coming together at the corner of Wilmington and Polk Street since about November of 2013.

The four-story parking deck is pretty much done and the units are being put together around it. You can see units being built along Wilmington, Polk, and the new mid-block street John Haywood Way. Parking deck entrances are along both John Haywood Way and Wilmington Street, kind of around the bump out where the street starts to swerve down to Peace Street. 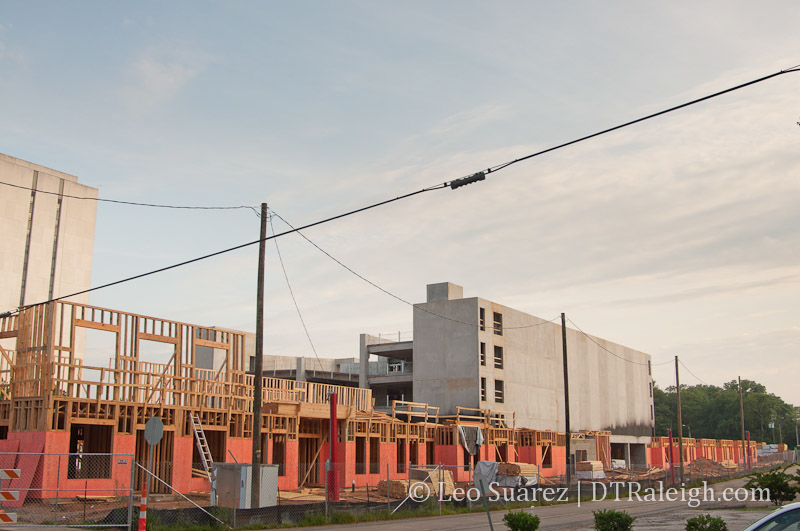 Unless I’m missing something, this project does not appear on the city’s development sites. Unless it’s “tucked” under some greater Blount Street Commons plan, which is on the city’s website, then that may be how it exists. The State or nearby William Peace University could be players but I have nothing to prove that.