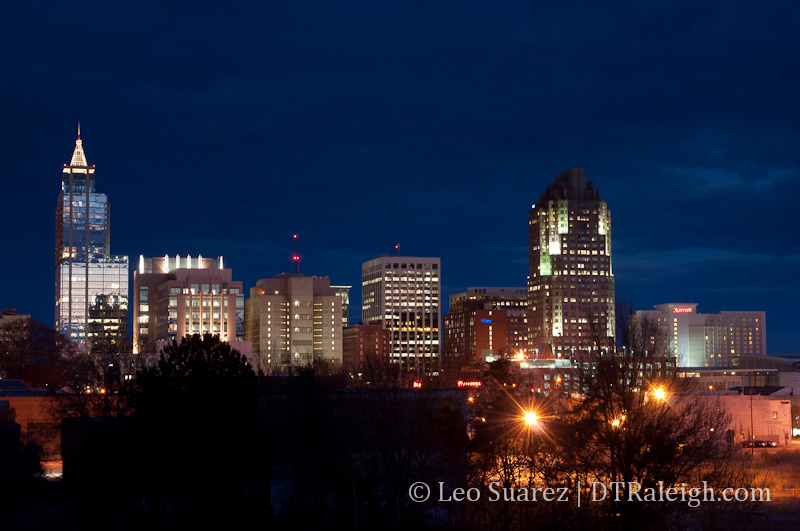 The latest skyline shot from the Boylan Bridge. The soon to open Wake County Justice Center is adding some nice light with its fins along the upper crown of the building.

What do we need to do to get Two Hannover to turn on their lights during dusk these days?

Here are a few more slightly older photos from this angle.

Supermoon over Raleigh by dtraleigh, on Flickr taken March 2011.

For a quick refresher on the 2011 Supermoon, click here.

So the Justice Center doesn’t look like it’s adding much to the skyline from this angle. In the 2009 photo, the space looks already filled with the county courthouse. However, you can still see the Lawyer’s building that once stood on Salisbury Street and now the Justice Center occupies that space today.