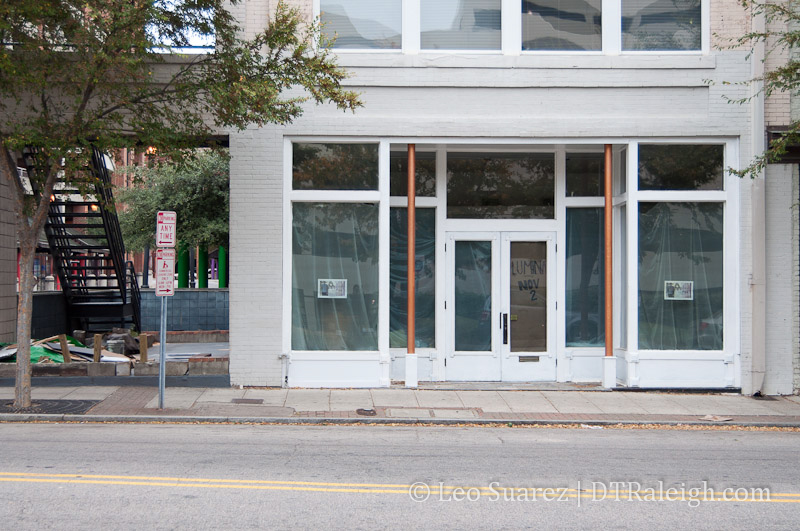 Retail in Downtown Raleigh is the next frontier. Compared to the Eats crowd, shopping is just the little brother that’s finally coming out to play. Creating somewhat of a shopping experience here has been the slow moving gear in this revitalization. The Downtown Raleigh Alliance (DRA) is certainly trying but we’ve yet to hit it big.

Downtown Raleigh has some fierce competition when it comes to shopping. Nearby Cameron Village is established and the development patterns of the city make the malls at Crabtree Valley and Triangle Towne Center a nice fit. So rather then bringing something everyone has already seen, downtown is creating a collection of shops that are unique to the area. And the shops are following the eating/drinking crowd if you pay close enough attention.

The true pioneers of retail in downtown were the art galleries and there’s nothing more unique then a big enough cluster of them, something you can’t find anywhere else in the city. With First Friday giving everyone exposure, other unique retailers set up shop for the downtown eats crowd, who keep things going after work hours.

Over the last few years, we’ve seen a slow rise in the pure numbers. Using the internet archive, I took a look at the DRA’s site in April 2010 and compared it to their current website.

The numbers are nothing to be impressed with but it is slowly going up. It’s interesting to see that there is a lot of turnover but overall, we’re growing.

Clearly the retail scene is responding to the foot traffic. This foot traffic will increase as more apartments are under construction, more riders are riding transit, more restaurants are opening in downtown, more hotel space is coming, and more jobs are coming. We haven’t quite opened the floodgates yet but the retail scene, I think, is the next piece of downtown to keep an eye on.

For those interested, two new shops will be opening soon and will be celebrating. Cheers to the pioneers!