The announcement of this should be soon but a draft plan and design for a new downtown arena is being made. Rumor has it that certain empty downtown parcels have been bought up and will be used for its construction. There still is no word on who is backing this project but sources have told me some interesting details.

Three lots are being saved for this enormous project: the old site of The Hillsborough on Hillsborough St., one of the empty lots on the Edison site, and the empty land next to the convention center, where the city planned to build an amphitheater. Refer to the map for a visual. Sources described the new arena as a ‘radically designed sky high’ sporting venue. The venue was designed with the area’s focus on technology in mind so the lead architect wanted to display that in this ‘futuristic sporting orb’.

The three land parcels will contain the bases for the legs of the arena, almost like a giant tripod. The venue, seating a capacity of 45,000 people, will be inside a sphere-like building that sits 2,000 feet above the intersection of Salisbury and Martin St. The large seating capacity was specifically chosen to accommodate the area’s growing population and will be usable for hundreds of years. Parking issues have also been taken into consideration. As one source said, “Everyone seems to be against parking lots on the ground, so we are taking it to the air. When flying cars are the norm, so will floating parking decks. There’s just more room in the air then on the ground.”

I’m absolutely stunned at this information and look forward to seeing the official renderings. We should see the Canes play in the new arena when construction ends, which is planned to be around 2030-2032. 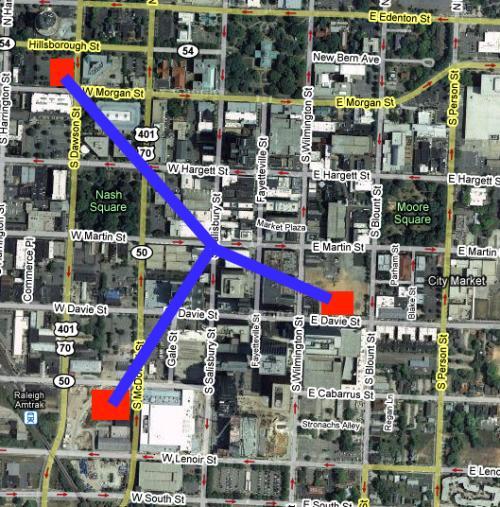