Yesterday the Raleigh City Council approved the design for the city plaza that will go on the 500 block of Fayetteville St. This is the space between One Hannover Square (Bank of America building) and Two Hannover Square (BB&T building). Currently, Fayetteville Street ends at this space because construction on the Marriott Hotel and what is called Site 1 are underway. It’s all part of the Fayetteville street phase II project (phase I being completed last summer ’06) 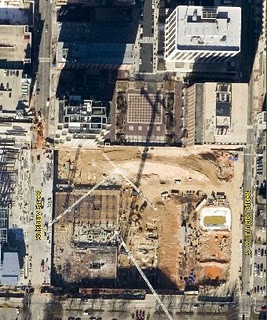 Make sure to read the list of components in the design schematic as I feel they are important and do a good job summarizing how the space should be. As you can see from the map above, if the street continues south there will be more space on the sides because of the buildings’ placements. I like the plans for retail and restaurants to be planned along the front of the buildings along Fayetteville Street. They are even planning wireless internet for the plaza. There were a couple of stories about it on WRAL and I recall them mentioning a video monitor placed somewhere. 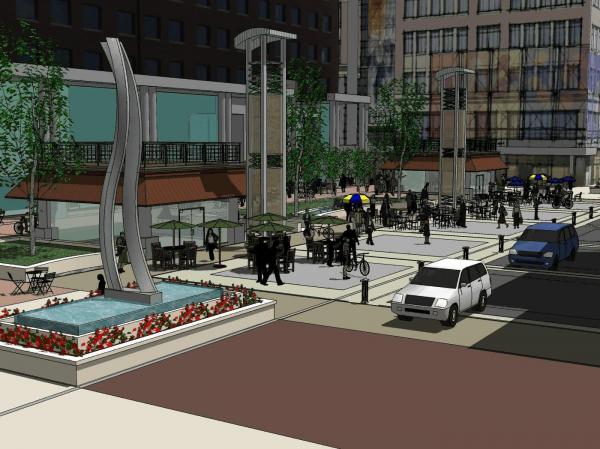 This city plaza comes after the downfall of the design by Jaume Plensa. His design involved a grid of lights and a stream of water. The failure of this project all came with the implosion of the old convention center, at that point the view from Memorial Auditorium down to the Capitol building was restored and city leaders did not want it touched. The project turned into a huge controversy and eventually because of the city’s mishandling, constant bickering with the design, and never accepting the artist’s changes to the work (insulting maybe?) the project was dropped. Should Raleigh have gone ahead and approved the design? We will save that discussion for another day. 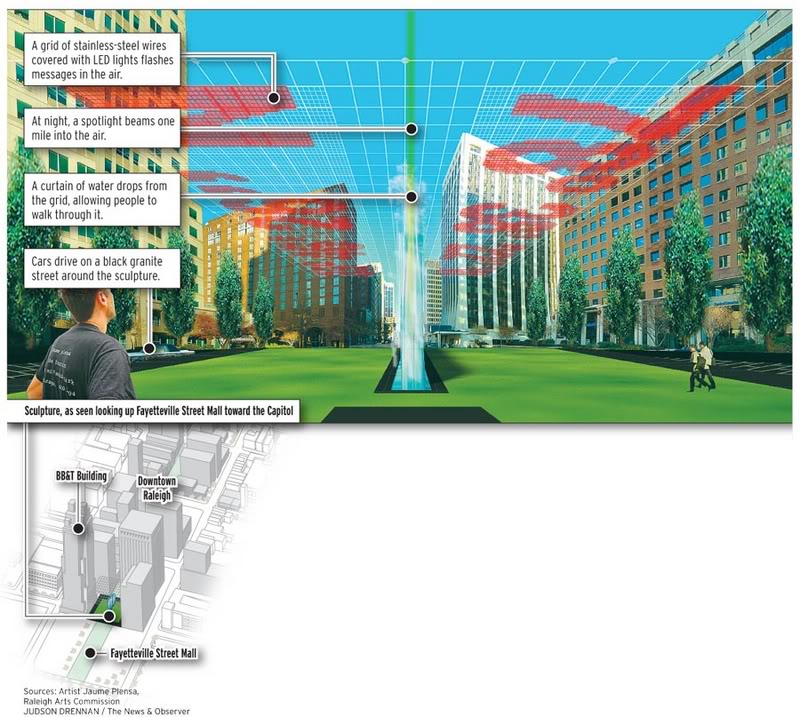 I believe the new plaza will have much potential and in a few years after it is completed it will easily see activity for 18 hours of the day. It is located in the heart of downtown and in the core business district. With Site 1 and the new Marriott hotel under construction a block away, it will be immersed in activity and should easily succeed.