Making their way around Wake County is David King, the General Manager of Triangle Transit, and his entourage to present to all twelve of Wake’s municipalities about the Wake County transit plan. Yesterday at their February 7th city council meeting, Raleigh was given the presentation. It was meant for information only and the county is gathering feedback about the plan from citizens as well as city and town leaders.

One core point of the presentation more people need to be aware of is while light rail, commuter rail, and buses are being talked about, two plans actually exist. The “core transit” plan, as it’s called, is the plan that consists of the bus plan and the commuter rail line. It is estimated that this can be covered with local revenue sources only. The “enhanced transit” plan adds the light rail piece to the mix and King makes it clear that state and federal money would be needed to bring this addition to the area.

The feedback will determine whether county leaders put a 1/2 cent sales tax increase on the ballot one day and if voters approve, all the money generated gets funneled to transit these improvements. Here is the video of the presentation in Raleigh with David King and David Cooke, the Wake County Manager, talking transit, money, and future projections.

Here’s a summary from the city’s press release.

A draft plan that recommends major transportation improvements in Wake County, including new commuter and light-rail services, was presented today to the Raleigh City Council.

Wake County Manager David Cooke and David King, general manager of the Triangle Transit Authority, appeared at the City Council meeting to give an overview of the draft Wake County Transit Plan. In addition to Wake County, contributors to the proposed plan were the 12 municipalities in the county, including the City of Raleigh, and area transit providers and agencies.

Raleigh City Council members did not take action on the draft Wake County Transit Plan but accepted it as information. Similar presentations about the draft transit plan are being made to the governing bodies of the county’s other municipalities. Wake County expects to finalize the plan late this spring.

Wake County’s share of the of the five-year bus services improvements in the plan would be $138.3 million of the total $344 million needed for both capital and operating costs. The remaining funds would come from state and federal funds. The commuter rail service would cost $650 million, with Wake County’s share at $330 million and Durham County’s at $320 million. The commuter rail system is projected to begin operations in 2019 or 2020.

Twelve (12) stations are proposed for the commuter rail system, including four in Raleigh. The four Capital City stations would be located along railroad tracks at the following locations:

The proposed light-rail service would cost $1.1 billion, with most of the funding coming from state and federal sources. The light-rail system would have 16 stations, including 14 stations in Raleigh. The Raleigh station locations would be:

Local revenue sources to pay for the transportation improvements proposed in the draft Wake County Transit Plan would include: 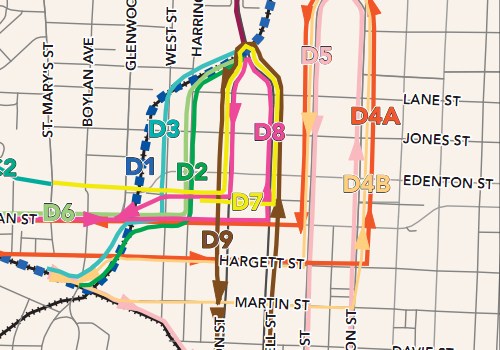 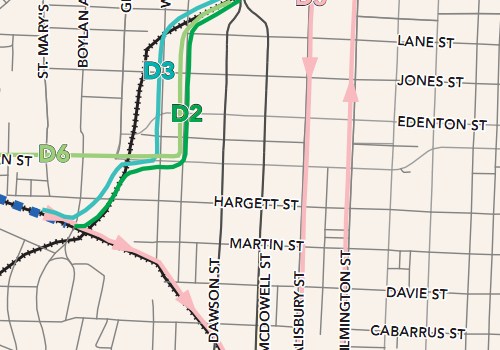