From my inbox to yours. Here’s a pretty good looking series of events being held by the AIA Triangle. We’ve speculated some about what the land consisting of the state’s Central Prison and Morehead school could be. Here’s an opportunity to get into that with the design community.

For more information, go to connections.design 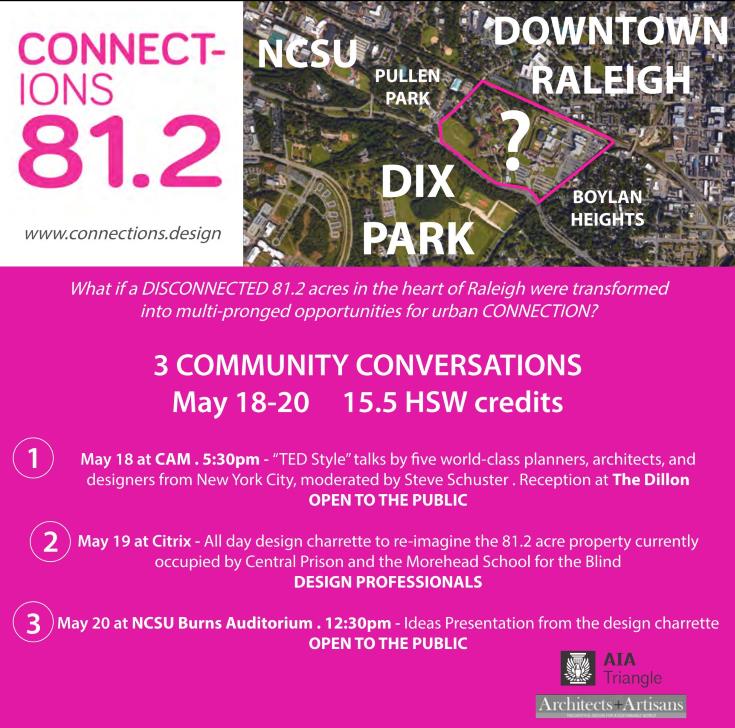