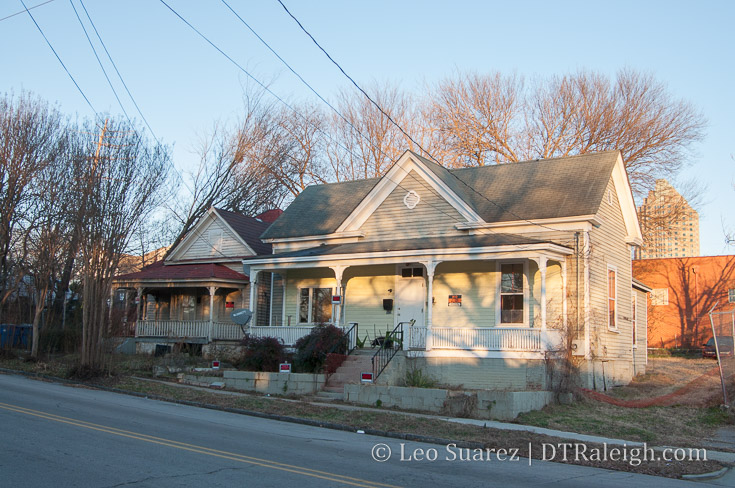 The two houses in the photo above should be saved after all. The city council last week approved the sale of city-owned land along Bloodworth Street to become the new home for these two houses. March 19 was the demolition date for them so this comes quite a bit close but hopefully, with this approval, everything goes smoothly.

The houses were planned to be demolished to make way for The Fairweather, a five-story condo project. A Raleigh citizen pitched a plan to move the houses into the Prince Hall Historic district, the site of the city-owned parcels, but the land sale had to be approved by council. At first try in December 2017, it was not approved.

For a detailed review of the story, jump back to this December 2017 post.

The city council video of the discussion is embedded below. I’m going to leave the politics for the comments or a future reader meetup but you can really see some council members struggling with this one, almost intentionally avoiding trying to make a decision. As I said in my previous post, creative problem-solving seems to feel like a foreign language sometimes to the council.

For the record, Councilors Crowder and Thompson voted against. My huge thanks to our Mayor who brought up this issue and got the discussion rolling.

If you can’t see the embedded video, watch it here on YouTube.