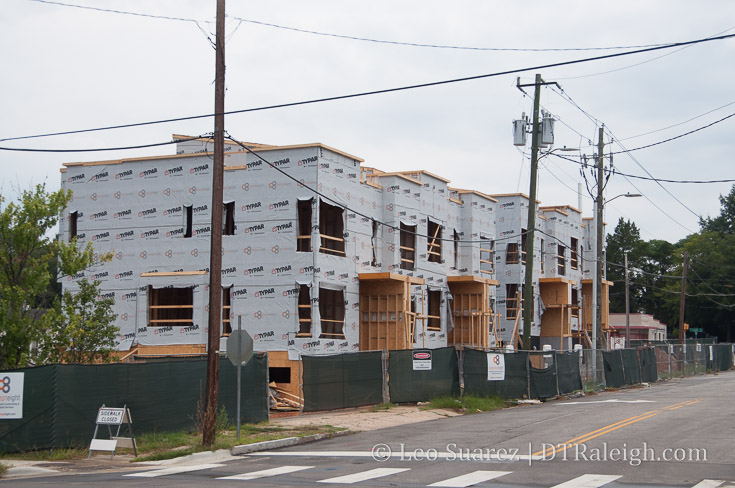 The townhomes called West + Lenoir are taking shape along West Street. The units are almost all sold at the time of this writing.