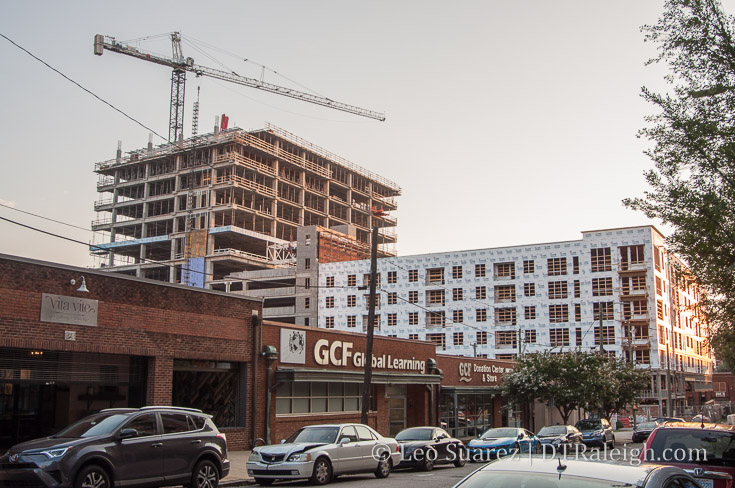 The Dillon as seen from Hargett Street, August 2017.

2017 has really been quite a year for The Dillon, the mixed-use project in the middle of the warehouse district. While construction started last year, it’s this year that the project rose up and took shape. While the 17-story office tower component continues climbing, the lower levels are getting their facades put into place giving us a small sense of the new built environment in that area.

Furthest along are the residential units. With their real estate team teasing us with apartment, lobby, and rooftop renderings on their Instagram account, you can’t help but get excited for the 400 block of West Hargett. The team wants to put string lights across the street and with face-to-face retail spaces along most of the block, I imagine the spaces could be an easier sell than others. 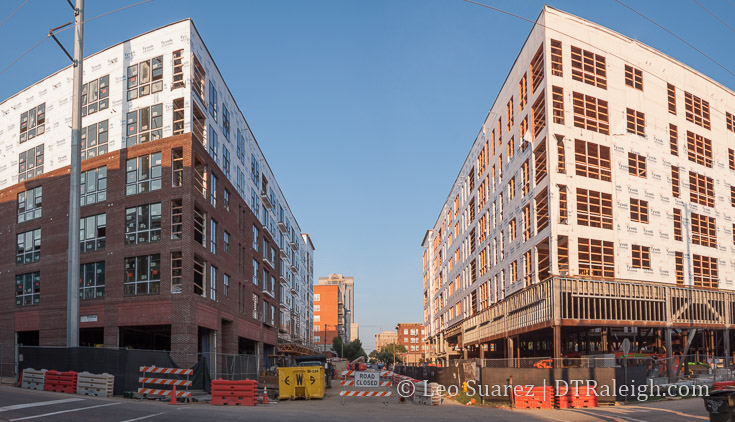 Brick is a must for a warehouse district apartment, no?

The portico at the corner of West and Martin Street has got my eye. Glass is being put in and with the historic brick warehouse wall creating a kind of “one foot in, one foot out” space between the street and the interior, I think this will be something to enjoy while in the area. (in a subtle way at least) 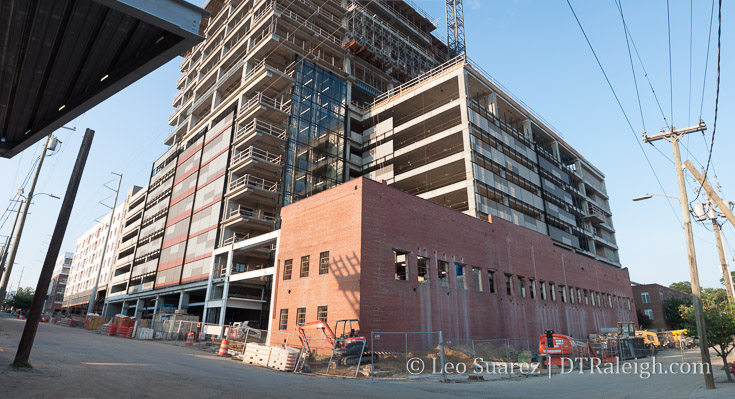 The Dillon, corner of West and Martin Streets. August 2017. 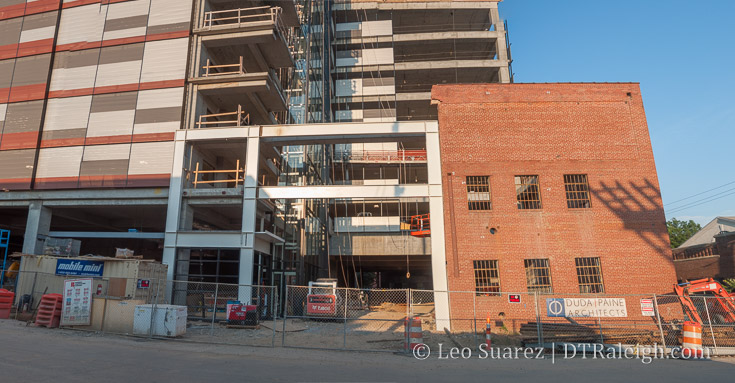 The Dillon portico, corner of West and Martin Streets. August 2017.

Martin Street will see a lot of retail as it has the most space. The big news recently was the announcement of an Urban Outfitters for The Dillon but the exact space wasn’t announced.

Speculation points for the new big retail store to go into the spaces along Martin Street as a collective 15,134 square feet exists here. For a reference point, the store in Durham’s Southpoint takes up 11,871 sq. ft. so no doubt they can make it work here.

At the same time though, when combined the two sides to Hargett Street have over 11,000 square feet of retail space. The spaces look tall so if you do a two-story internal store (like the one in Durham) you could make it fit in a smaller footprint.

Catching up on the tower, if you want to count the number of floors rising up, here’s a guide. 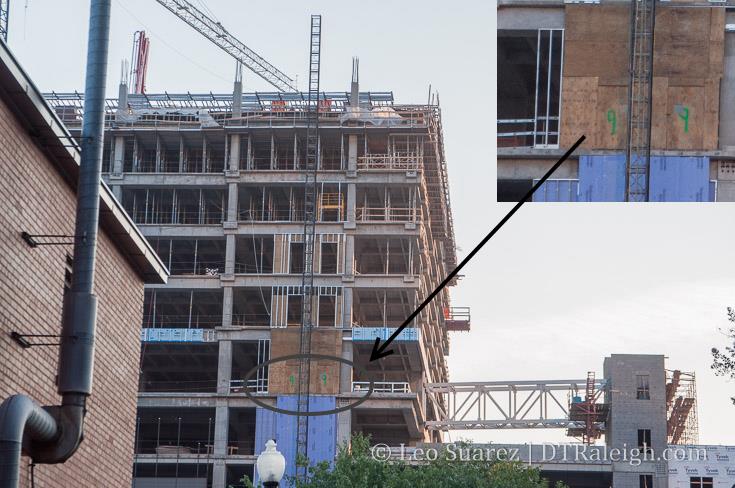 That’s the ninth floor labeled at the construction elevator so at the time of this writing, floor 14 (15th floor if you skip 13?) is being worked on. No doubt this tower will top out before the end of the year and have a considerable amount of facade put up. 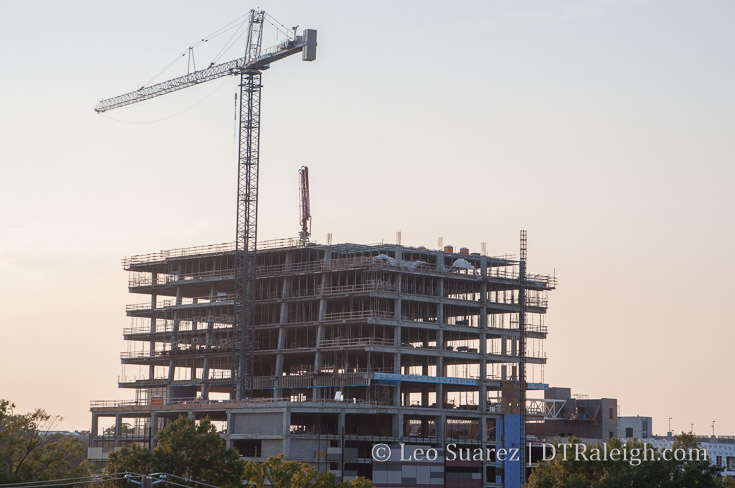