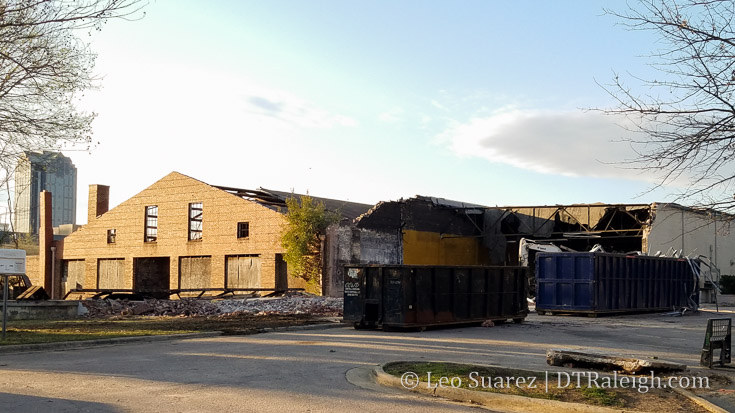 Demolition is taking place at Stone’s Warehouse. The project is moving along now as the former Rex Senior Center is coming down and new art projects line Davie Street. Banners on the front of the warehouse tease a 2018 opening.