We just can’t seem to get away from the South Street area.

Recently submitted site plans for 522 South Harrington Street are for a “47 unit mixed use residential building with structured parking and street-level commercial space.” The building will be 5 stories tall at 75 feet in height.

The address puts it at the dead end of South Harrington, near the current Amtrak Station, but the development also faces Lenoir and West Street. The reason Harrington dead ends rather than connects to Lenoir is because of a drastic elevation change. You can walk down stairs off Harrington to Lenoir though.

The new project looks like it will take out the auto parts warehouse at the end of Harrington. Parking for that building is located at the very end of the street and faces Lenoir before the elevation drops downward. 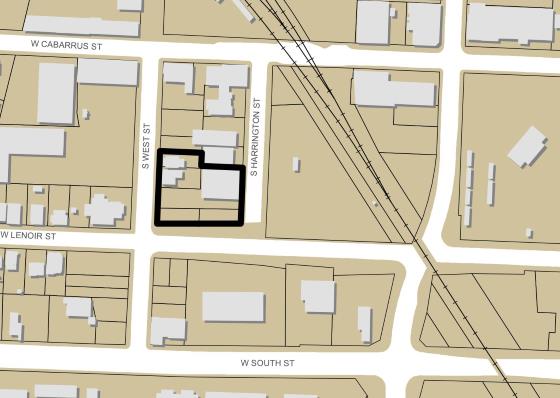 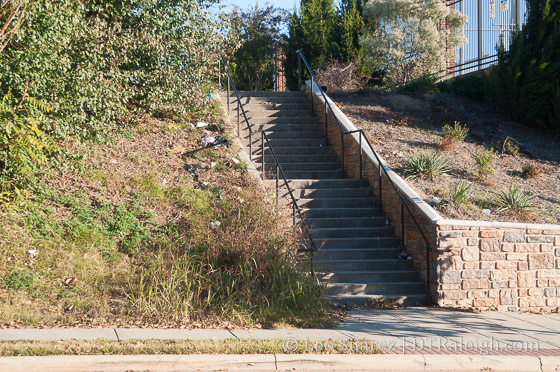 The stairs from South Harrington Street to Lenoir Street

Around the intersection of Lenoir and West Street, the development will also take out two houses on West. Perhaps there’s an opportunity to move the houses? The corner is mostly an empty lot and surface parking. 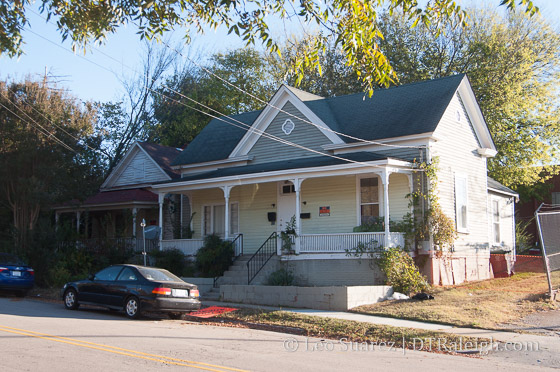 With this end of Harrington sitting on higher ground, the units will have a fantastic view of the downtown Raleigh skyline. It’ll be through the power station across the street but it still should be pretty nice.