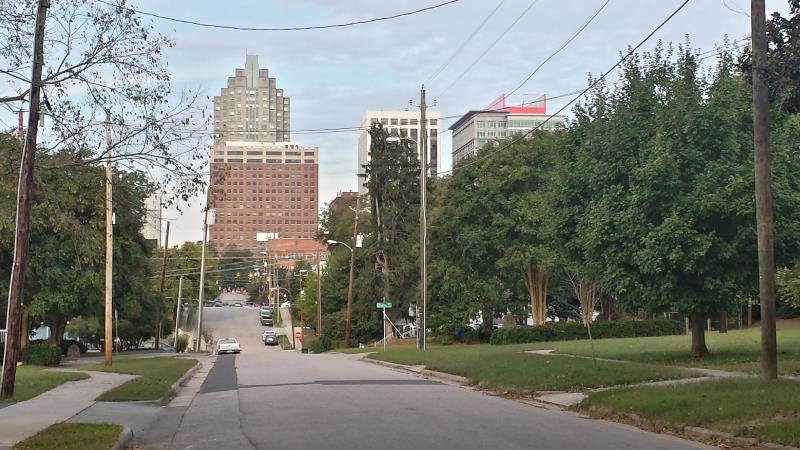 Recently, I had the opportunity to dig into the details of the East Cabarrus Green Street Project. The city’s 2030 Comprehensive Plan includes a number of streets that have been identified as potential Green Streets and a section of Cabarrus may soon get some green upgrades.

A green street, according to the comprehensive plan, is described as one that has:

All of Cabarrus has been identified as a green street in the comprehensive plan and today, there are plans for adding some of these green street items to a majority of East Cabarrus.

Starting at Wilmington Street and Cabarrus and moving east, the first plan will be to add bump outs to the intersection of Cabarrus and Blount as well as Cabarrus and Person Streets. A sketch of what that might look like is below: 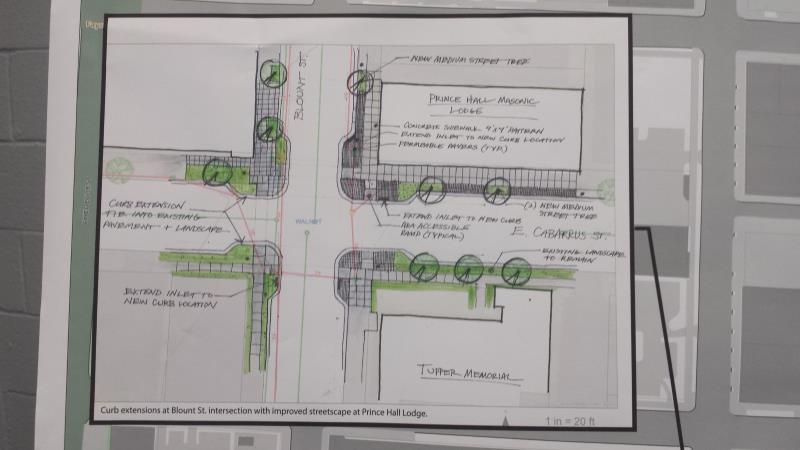 The bump outs create a shorter crossing of the street for pedestrians as well as a safe place for seeing approaching cars. It also limits parked cars from being too close to the intersection, creating blind spots and potential close encounters.

This block, between Blount and Person, will also get permeable pavers where the on-street parking lanes are today. The permeable materials will filter rain water of any pollutants before reaching the ground water and therefore the nearby creeks. This is a pilot project that the city is working on and hasn’t installed something like this anywhere else so the results will be watched closely. Something similar are the sidewalks in front of the Nature Research Center or the parking lot for the AIANC building.

Continuing east, the stoplight at Cabarrus and Bloodworth will be removed and the intersection will be converted to a 4-way stop. With all cars stopping in any travel direction it makes for a more pedestrian friendly experience.

More sidewalks will be added also. The northern side of Cabarrus from East to Swain Street will get sidewalks in the public right-of-way. This is a nice addition for the Thompson-Hunter neighborhood as walking is increasing on the east side. 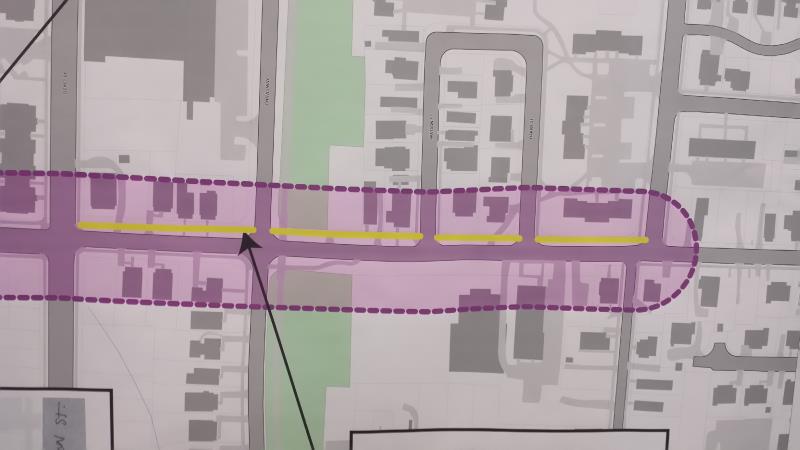 East Cabarrus Street – Sidewalks proposed for the northern side.

Finally, LED street lighting is planned for this section of Cabarrus. The hopes is that the brighter lighting will increase safety while saving costs on energy.

One final note to make is that this project spans both the Prince Hall Historic District and the Thompson-Hunter neighborhood. With the sections in Prince Hall, between Blount and Bloodworth, the Raleigh Historic District Commission (RHDC) will have to review the plans and issue a Certificate of Appropriateness for these changes. The items outside of those blocks can move forward without it.

Loose plans are to install these amenities throughout 2015.