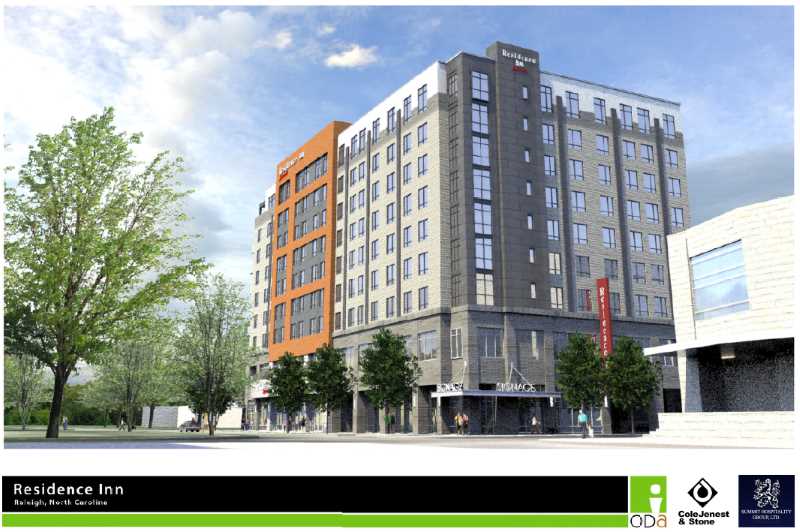 Last week, the Raleigh Appearance Commission got a look at some new renderings for a hotel planned for the parcel of land near 500 Salisbury Street next to the convention center between Lenoir and South Streets. Long-time readers might remember this site being called “Site 4” and it looks like the renderings are getting more mature now.

Some of the specs for the hotel, planned to be a Residence Inn, have slightly changed also. Comparing to a January 2014 post, we have:

Most is the same including the second floor and rooftop terrace.

As mentioned in past posts, this project will not add any more parking as a deal has been made between the developer and the city to lease spaces out of the Performing Arts Deck. 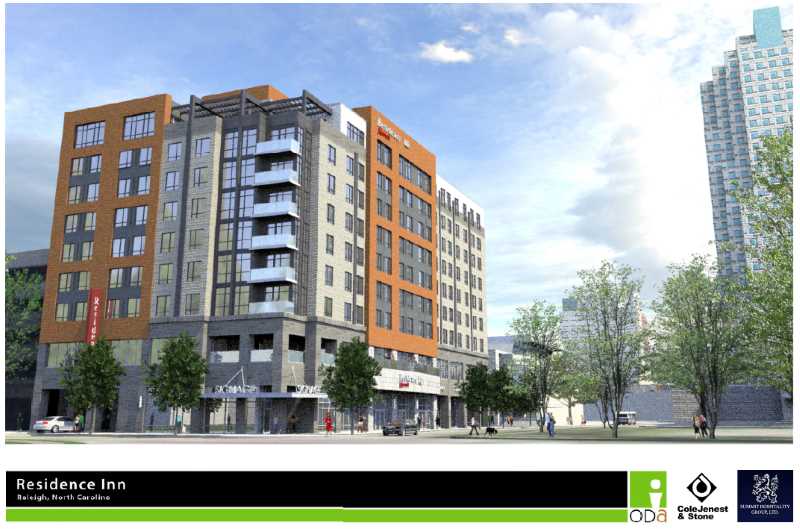 The project has a good human scale to it and expands downtown’s hotel offerings. I think this project is an easy one to support. While not architecturally significant, it’s more a functional addition rather than an iconic one. Looking forward to groundbreaking.