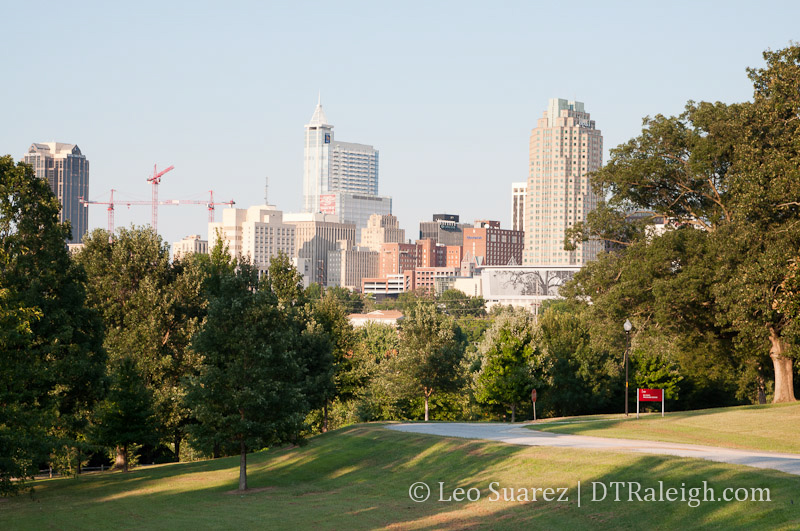 There was a lot of news last week on the future of the Dorothea Dix campus, located southwest of downtown, and how our state governor is making moves to turn it into a destination park. The controversy here is how best to use the 306 acres of undeveloped, state-owned land. Park land, sell it off, or some combination of both?

Talks have been going on for close to a decade here and now with real action taking place by the city and the governor, the politics show up.

This is a billion-dollar giveaway of taxpayer resources to Raleigh elites for another state taxpayer funded cultural amenity.

Raleigh readers, we’re elitists apparently for wanting the campus to be a park.

We’re elitists because we’ve proved that parks are important to citizens through the voter approval of multiple bonds over the last few decades. That’s clear that using the Dix property as a park is a waste.

Opponents to the park have floated around the idea of selling the property to private developers to build new and allow more businesses to come in, creating jobs. It’s possible that incentives could be used to lure companies to this location.

At a time when results from state incentives are unchecked, what’s the cost of losing the land once it’s gone? How many times does a section of a city go from developed to park land? Is it really worth it to use incentives on businesses to set up here with this “zero-sum game?”

In my opinion in this age of the automobile, companies can set up in different locations. I can point you to Research Triangle Park for the best example. Why sell off valuable land, at a time when Raleigh is trying to build density, that will only dilute development even more?

An interesting thing to consider in this controversy is the urban versus rural politics topic. It is clear that this country, North Carolina is no exception, is becoming divided along urban/rural lines. In this great post on The Atlantic Cities:

This divide between blue city and red countryside has been growing for some time. Since 1984, more and more of America’s major cities have voted blue each year, culminating in 2012, when 27 out of the nation’s 30 most populous cities voted Democratic.

*Why the Urban-Rural Voting Divide Matters

So calling us “Raleigh elites” is clearly a jab at us city folk. I’ve driven and biked through the neighborhoods around the Dix property and there is nothing elitist about it. The neighborhoods are modest and middle-class.

But enough of the politics. For Downtown Raleighites and density fans, if 306 acres are made into park land, it helps urbanity in and around the city center.

I would imagine that to a developer, the Dix campus has a big question mark over it and there’s too much risk to develop around it. The future isn’t certain. If made into a park, the path that the land and the surrounding properties will take is more predictable and that is something businesses and developers respond too.

You could compare it to the rail versus bus comparison in terms of development. Would you rather invest close to a rail stop or a bus stop?

A park at Dix would be a huge shot in the arm for urban fans in Raleigh as resulting development around the park, therefore adjacent to downtown, would be denser. This results in more walkable, bikable neighborhoods and more Raleighites thinking more on their feet than within their car.

The NC Council of State is planning to discuss a vote whether to enter into a lease agreement with Raleigh for the property tomorrow, Tuesday December 4. Stay tuned as I think this is a big one.