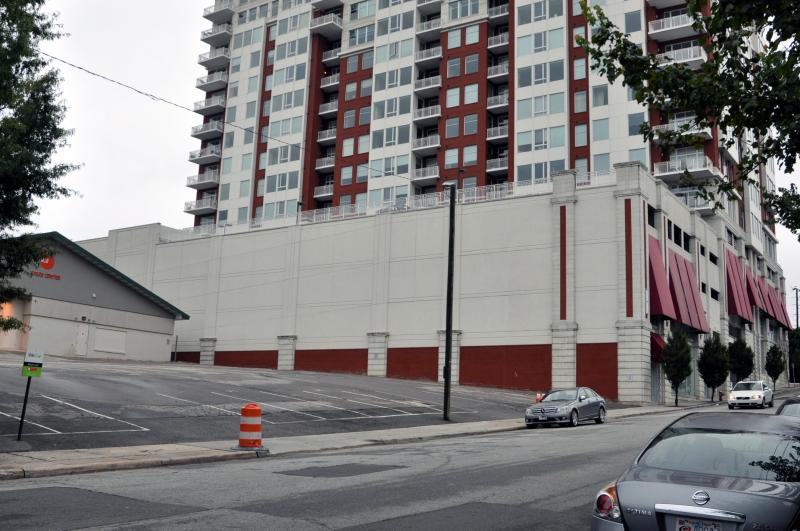 The 400 block of North West Street.

The Raleigh Planning Commission’s agenda for today’s meeting contains some new details worth sharing on the blog. The West Apartments is up for approval and may one day bring about 150 apartments to West Street in Glenwood South. The building, being designed by the same JDavis Architects that brought us the West at North tower, will sit adjacent to the same building you see in the picture above. You can see from the site map that the new building will remove the sales office along Harrington Street and the rest of the surface parking in the surrounding lot. 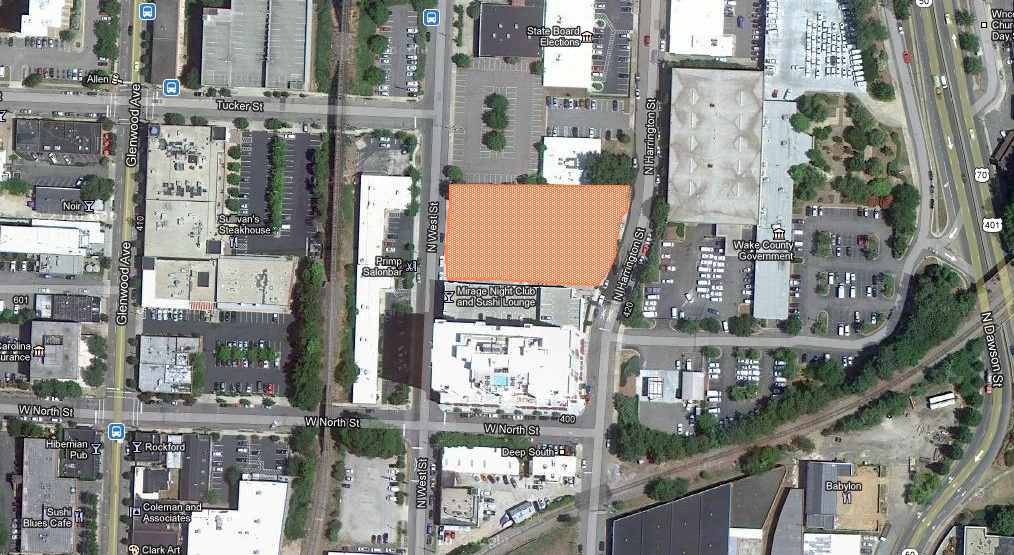 There’s nothing too exciting in the agenda as the 85′ tower will consist of two levels of parking (one above and one below ground) and five floors of residential. No rendering is included. The tower isn’t taking out anything anyone might miss but is bringing some retail space with it. The new development therefore brings upgraded 14′ sidewalks to West and Harrington Street. While not a requirement, 10 bicycle spaces will be provided. Check the agenda for floorplans also.

Private development is moving closer and closer to the county’s land along Capital Boulevard and while it will probably take awhile, I’m still hoping for Tucker Street to extend to the east towards Capital one day. I hope to see the east side of Glenwood South become a grid again so the neighborhood has room to grow.