Did you know that Raleigh has a small fleet of cars that run on alternative fuels? Almost a year ago it was announced that the city bought a Toyota Prius and modified it to run on only electricity. It wasn’t until recently that I was told by a friend about where this famous Raleigh Prius re-charges. It has its own space and electrical plug right on the bottom floor of the municipal parking deck on Morgan St. 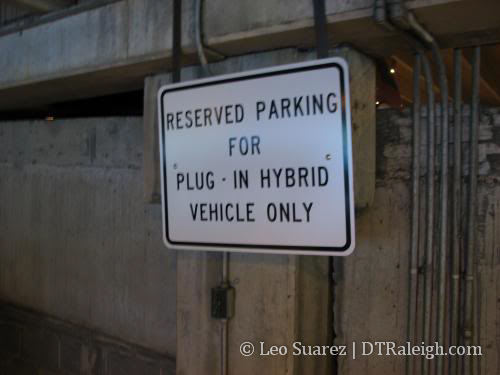 The Prius was not there while I was lurking around the deck but other city vehicles were parked around it. It was interesting to see a car using natural gas as a fuel source.

Eventually one of these vehicle technologies will be adopted if gasoline ever goes away. If electricity prevails, you can see here how easy it is to upgrade parking spaces with simple electrical outlets. 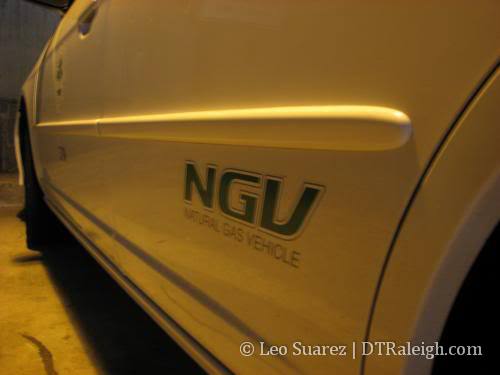