Plans popped up on the city’s website for a nine-story building that will be used for a hotel with ground-floor restaurant space. It’s planned for the southeast corner of Dawson and Martin Streets giving it a nice location across the street from Nash Square.

The development would replace a variety of the one and two-story buildings and surface parking on this corner. In addition to the photos in this post, here are the parcels identified to be removed. 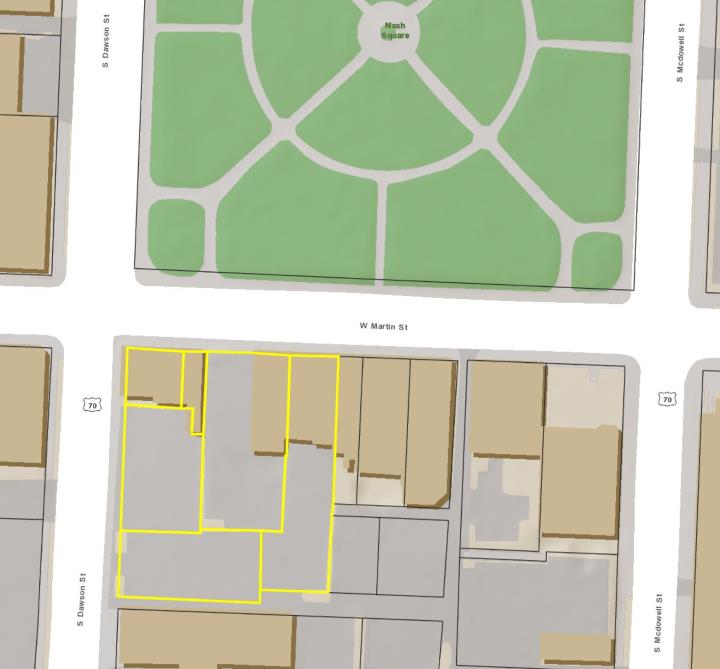 The site plan submitted shows 190 rooms and 137 parking spaces with lobby and restaurant space on the ground floor. A driveway for pulling into the hotel would be on Martin Street as well as the dropoff zone being on Martin. That seems more desirable compared to a busier Dawson Street.

Below is a screenshot of one of the preliminary site plans. 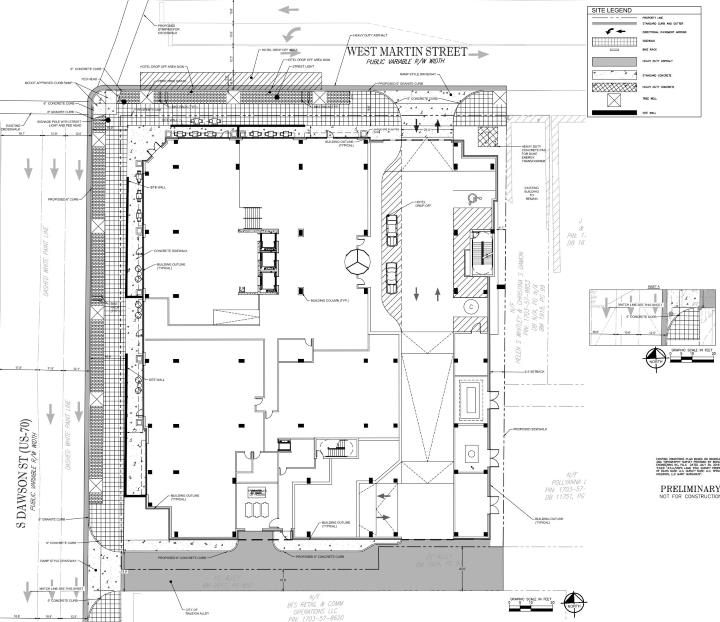 When looking at the developer, the Raymond Group, and their previous projects, we typically see hotels built under national brands. That’s what I’m expecting here until more information comes out.

Hopefully, this developer can deliver as there are quite a few other hotels that seem to have been delayed in downtown.