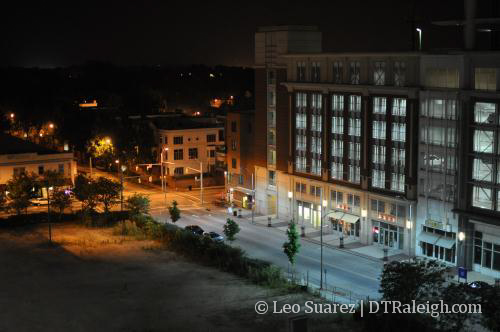 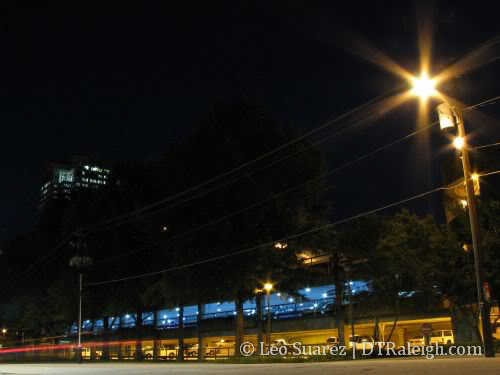 Another point in city manager Russell Allen’s budget that is worth mentioning are the funds for LED lighting to be installed in city owned parking decks. Raleigh is the first of a few cities across the country to do a wide-spread conversion like this so we may become the model for other cities to follow.

The cost savings of running an LED light is immense when converting from the traditional incandescent bulb. They use less energy, last longer, and produce a more natural light. However, I’m curious to know about the initial cost. The operating costs might be low, but it is worth investigating the purchase and installation costs of LED’s versus incandescent lights.

To give you an idea of what we may be seeing in the picture above, one level of the municipal parking deck on Morgan St. has had the LED conversion. It is a great side by side comparison of both technologies.