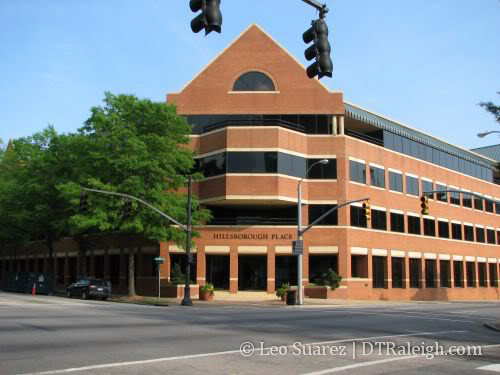 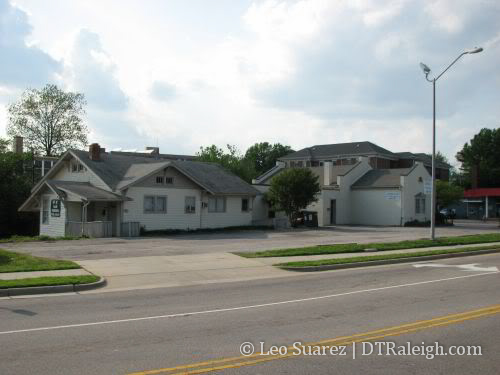 Hillsborough St. is on fire! The N&O reports of another tower in the works at the corner of West and Hillsborough.

A group including former Raleigh Mayor Smedes York wants to build an eight- to 10-story building including shops topped with offices, residences or both on the block southwest of the intersection of Hillsborough and West streets in downtown Raleigh.

HBS Properties, which is represented by York Properties, has assembled all but two of the 10 tracts on the 1.15-acre block.

Once that’s settled, the single-story storefronts dating to the 1930s could meet with the wrecking ball.

HBS is considering street-level shops with offices and residences — likely rentals — on top. Or just shops and offices.

York hopes to begin building within a year. The project would take 18 months to finish.

Kind of sad to see the old shops get torn down but that area always seems dead and the shops continue to remain empty. Along with all the other announcements that are coming to Hillsborough St., it will become the link between Fayetteville St. and the Glenwood South area.