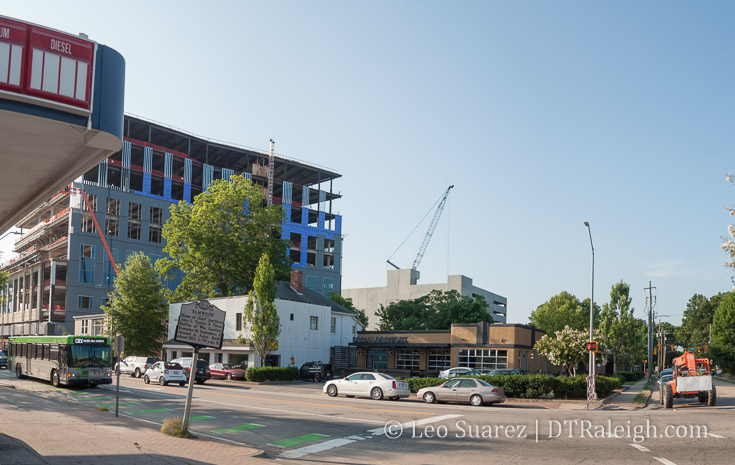 Corner of Hillsborough and Boylan. June 2018.

The southern end of Glenwood Avenue is mushrooming with new growth. In addition to One Glenwood and Two Glenwood, which we’ve discussed in the past, site plans were submitted to the city for Two Hillsborough, a 10-story tower for the same block as One Glenwood.

The plans indicate that the new development would replace the current buildings on the block. If I recall correctly this includes the two-story buildings along Hillsborough containing Stop Hunger Now and Audio Exchange, the one-story office building along Boylan and Morgan (not sure who’s in there) and the renovated former Esso station with the bar, Dram and Draught. 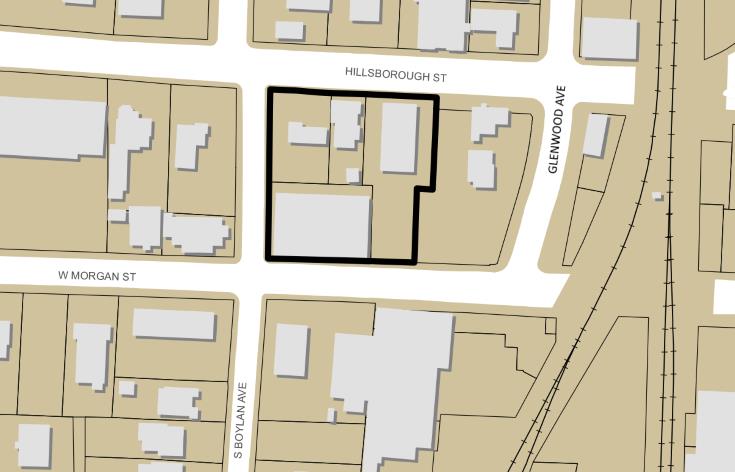 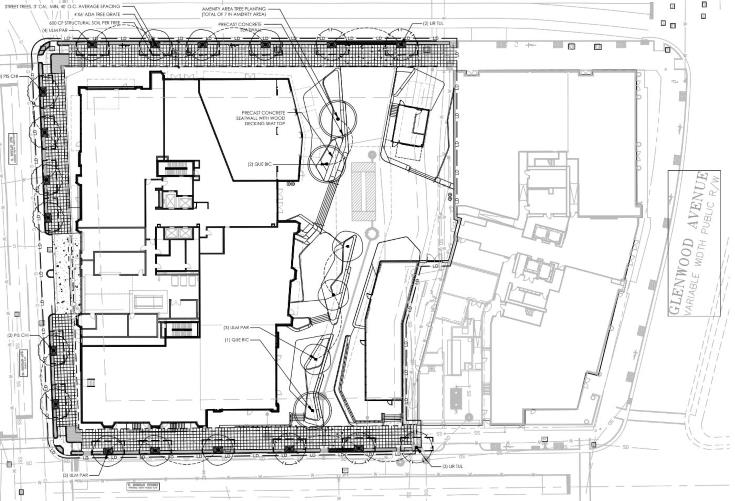 The mixed-use project is described as:

The site plans suggest that Two Hillsborough will be an office tower with ground-floor retail. One Glenwood, already under construction, plus Two Hillsborough will also have a courtyard in between the buildings with these additional retail stand-alone buildings. Gensler is the architect on this plan and it looks like they may be proposing a shipping container reuse for these one-story retail buildings. 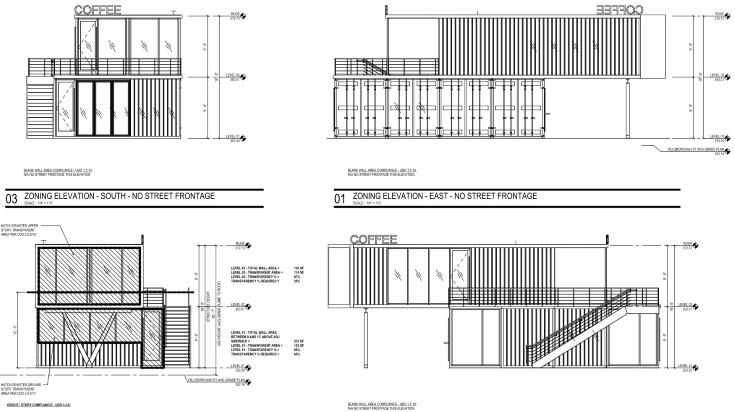 Parking will be off-site, most likely in the deck already under construction across the street.

The site is zoned for 12 stories so the pair of towers, One Glenwood and Two Hillsborough, seem like a perfect way to maximize that area. I’m happy to see another infusion of office space at the southern end of Glenwood South.

I will have to visit the old Esso station on the corner a bit more before it’s possibly demolished. That building does ooze with Raleigh character and I hope Dram and Draught, if they have to move, can find a solid new home. With good architects, I think, and a much higher density plan in a transit-friendly area I can only be excited for the things happening on the 600 block of Hillsborough Street.