Transportation Bond
During the June 7, 2011, City Council meeting it was directed that an item be placed on this agenda to consider adding $3 million to the proposed transportation bond for the Union Station/Train Station proposal.

Overview of the comments submitted for the Unified Development Ordinance (UDO)

There were lots of comments submitted and the video goes over some of the comments received. More time was asked to go over this feedback as well as to continue formulating the UDO before bringing it to a public hearing. We’re certainly not near the end of this UDO process as the hearings will most likely take place at the end of this year or early 2012. The Raleigh Public Record has this all nicely covered. 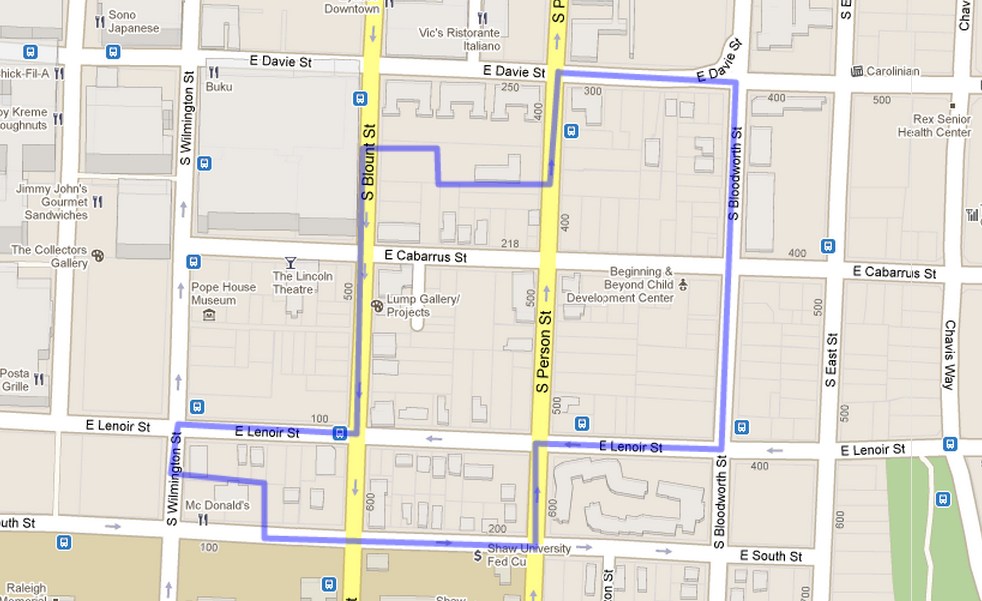 As follow up to a 2000 City-initiated small area plan, the Raleigh Historic Districts Commission (RHDC) will present the Report and Recommendation for the Designation of the South Person/South Blount Historic Overlay District, based on feedback received from property owners within the proposed boundaries in response to both mailings and RHDC-sponsored community meetings.

By split vote, the Committee recommends approval of the project titled “Amplifying Southwest Raleigh Through Branding and Economic Development Strategies” with the understanding that the City Council will receive periodic reports on the project.