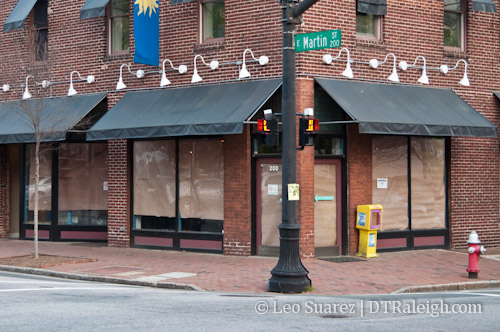 The old Angelo’s space at the corner of Martin and Blount Streets will be home to Battistella’s, a New Orleans style restaurant. Opening in May, chef Brian Battistella brings his cooking experience straight from New Orleans to downtown Raleigh.

There are plans for outdoor seating and a full bar. If popular, this could bring more activity to a growing Martin Street scene. The sidewalks around Blount and Martin already get a little foot traffic so a place that is open at night will keep pushing the nightlife up a bit around Moore Square and City Market.