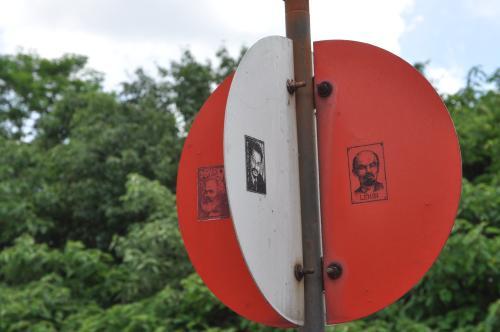 Can anyone explain this? Found on the signals near the train tracks under the Boylan Bridge. Click for larger.