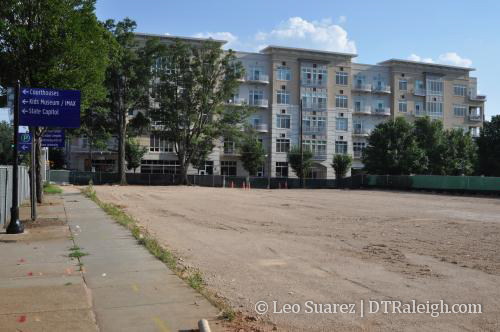 The hole that was created by the demolition of 301 Hillsborough has now been filled. I’ll use this as a sign to move on from the former tag of ‘The Hillsborough’, the project that was planned here, and start with a new tag of ‘301 Hillsborough‘.

There has been talk of paving over the land for a parking lot in order to generate revenue rather then let the lot sit there vacant. It is expensive property so I cannot argue against that plan. We’ll keep watch for now.