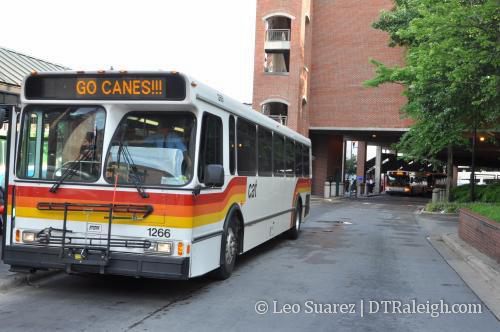 I’ll be at the game tonight, game 3. There is such a great energy in this city when the canes make the playoffs and I’m having fun going along for the ride. It will never touch the college basketball scene around here but maybe one day every regular season game will be on the TVs at bars and restaurants each night, no questions asked. I don’t want to continue to beat the downtown arena idea even more but while making tailgating plans earlier today, I had a thought. I think the tailgating culture out at the RBC center is great but would definitely die out if the arena was in an urban area.