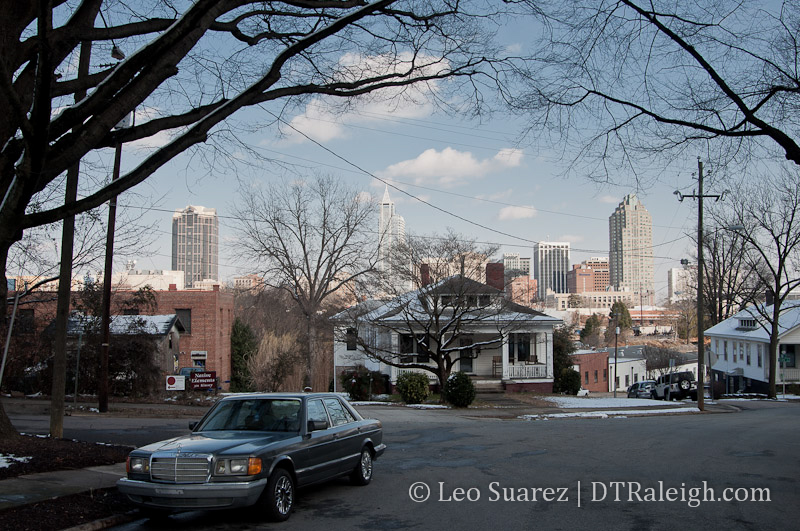 I had a few exchanges on Twitter recently and the question being discussed was simple. Do you consider Glenwood South to be a part of Downtown Raleigh? This followed with more conversation of what is and isn’t consider to be in downtown.

In cases of real estate or jurisdiction, hard lines specifying what’s in or out are needed. For awhile, I’ve felt that this doesn’t work with locals and visitors. I may have a new way of thinking about this that I want to put on this blog.

I chimed in to the Twitter conversation and gave my personal definition of what areas make downtown. Here’s the short, dictionary-type definition.

Downtown Raleigh is a patchwork of unique, urban districts and the neighborhoods that border them where easy accessibility is possible by all users.

I realize the “downtown or not?” question will always exist but I want to try a different approach to this rather than the traditional “lines on a map” method.

For background, let’s start with the city’s definition. According to iMaps, I’ve redrawn the Downtown Overlay District on this Google Map.

The railroads must have some influence on this map in some way as most of the west and southern borders are train tracks.

Most of Glenwood South is not considered in downtown but rather a different section called the Pedestrian Overlay District. Not quite the same ring as Downtown but ok.

Next, we have the Downtown Raleigh Alliance and they have broken up the area into districts. The idea of districts have become part of their branding, it’s even in their logo, and terms like Warehouse District and Government District are catching on.

Their site consists of a nice map and with the districts clearly specified. If you are in one of the five districts, you are in downtown.

So finally, I want to remove the maps, remove the boundaries, and try to humanize this a little more.

Downtown Raleigh consists of any areas, blocks, neighborhoods, and buildings that are within the core and around it. I’m loosening the definition a bit because the situation changes for everyone. If you can get out and feel comfortable walking from within the neighborhoods to Fayetteville Street, for example, then you are in downtown. However, if you are at a point where that walk is just a little too much then you are probably located on the fringes or just outside.

This could make a great data visualization project. If the data could be gathered, it would be possible to “draw” what downtown is by the method of how people travel to and within it. Walkers, cyclists, transit riders, and drivers are coming from all over. As you travel away, each method starts to decrease. There are less walkers the further you go. Beyond that, cyclists drop off. Last transit riders aren’t there and only drivers are within reach.

This blog considers downtown Raleigh to be the theoretical area drawn up by all of these travelers together.

I wanted to put this out there as some of you may be interested in a new way of defining Raleigh’s downtown. I also wanted to get this up because I have a feeling I will be referring back to it in future conversations.

Oh, the answer to the original question is yes, Glenwood South is in downtown Raleigh.